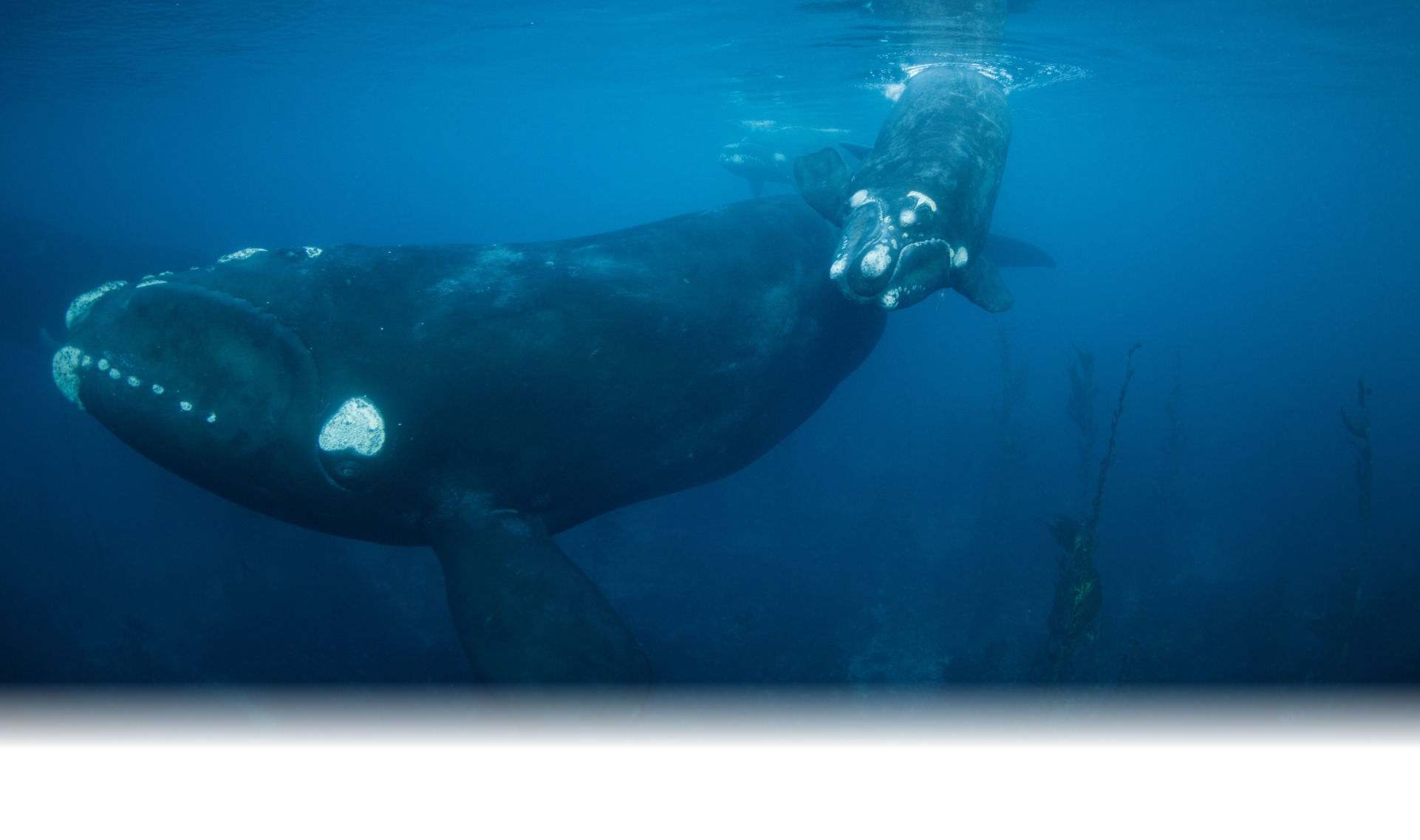 Nearly 100 years after southern right whales were first protected from hunting, they face a new challenge: how to find food in a changing ocean.

I think of southern right whales as traditional kind of whales. They like to stick to the migratory patterns that their mums taught them; typically going to the same wintering ground to breed and the same summer feeding grounds to eat.

Kai is important to whales like southern rights: that summer feast provisions them and sustains their calf through the winter fast. And those calves are big – they are born at 4 or 5 m long and grow a metre a month. Clearly, having good kai means big mums who can support growing and healthy calves.

So when South African right whales started turning up on winter breeding grounds in the lowest numbers in decades, the first question was: where are they feeding? Is it changing? Can our traditional whales change as well?

Using microchemical markers called stable isotopes, we were able to look at where South African southern right whales were feeding over the past three decades. During the 1990s, the South African population was growing well the stable isotope data suggested they were feeding mainly on krill from South Georgia/Islas Georgias del Sur. In contrast, over the last 5 years, South African right whales have been having babies less often and the stable isotope data suggest that the whales are now feeding much further north, and are probably feeding on a range of krill and copepods.

On one hand this is good news; southern right whales can innovate and change their feeding traditions. The bad news is that this change hasn’t resulted in a benefit to the population – recovery has slowed. The optimist in me hopes that as the whales try new feeding strategies, they will discover new ones that provide more kai, leading to more babies and recovery. However, as the oceans continue to change, it could be a continual challenge to keep up with changing prey distribution.

Southern right whales are considered a sentinel for climate change by the International Whaling Commission – Southern Ocean Research Partnership. This is a group of scientists from around the world trying to understand how whales will fare in a changing ocean. Our work on South African southern right whales suggests that some are struggling to keep pace with climate change.

What does this mean for tohorā nō Aotearoa – New Zealand southern right whales?

How are our whales doing so well but South African and North Atlantic right whales struggling? It is probably down to where and on what they are feeding – which we are still learning about.

Historically, tohorā were killed in summer and spring months east and north of New Zealand. However, satellite tracked whales from the Auckland Islands Maungahuka are actually migrating west – after 130 days of tracking, Wiremu/Bill the tohorā is west of Australia and still heading into the Indian Ocean.

Next year is the second and final field season for the tohorā project. We hope to tag more tohorā to bring the total to 20 tagged over 2 years. In addition, we are doing the same kind of stable isotope analysis as we did for the South African right whales – but using data from the 1990s, 2000s and 2020s. We hope to get a good picture of where tohorā are feeding, and how their feeding grounds and prey will change over time. By comparing the behaviour and recovery of different whale populations, we can start to understand what strategies will help them recovery from whaling in uncertain seas.

The paper, led by Gideon van den Berg who was co-supervised by Drs Els Vermeulen, Luciano Valenzuela and Emma Carroll, is out now in Global Change Biology. 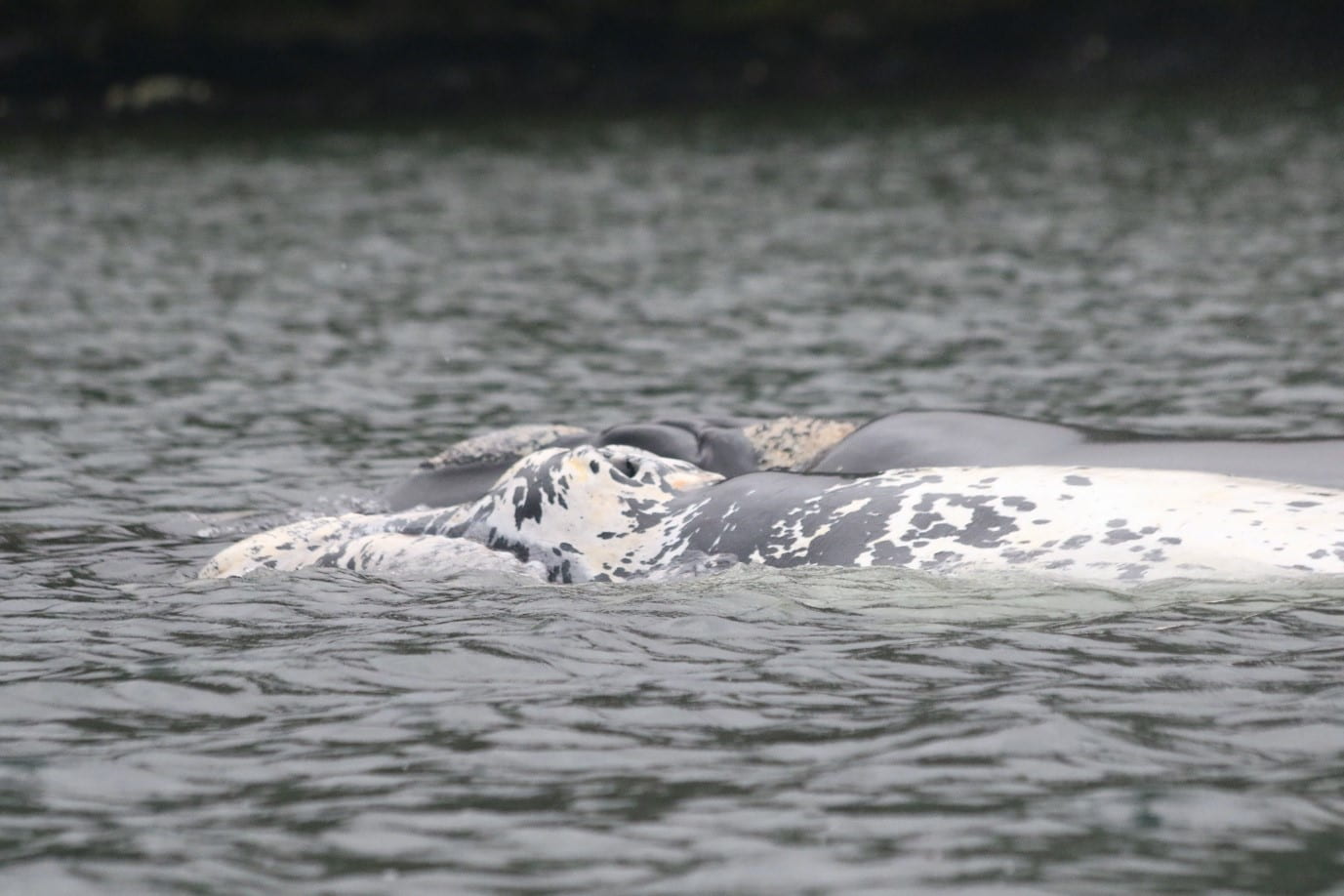 Getting to know the whales in your neighbourhood

As we’ve been here nearly 2 weeks, we’re getting to know the whales in our neighbourhood. There are particularly striking ones that we have been recognising and greet like an old friend when they pop up next to us.

The most striking ones are the white calves. About 1 in 20 Aotearoa New Zealand southern right whales are born white with black splotches, and grow into grey coloured adults. The white colour can be seen for miles on a clear day, but it is easy to tell the three that we’ve seen apart. For example, one of the white calves has a black collar, that is a ring of black colouration just below its blow hole. Another white calf has more of a black belt – black colouration further down its back.

Some adult southern right whales have white patches that also make them quite distinctive. This is one we called lightening, as it was jet black except for a white zig zag pattern on its back.

One of the most distinctive whales we have had in Port Ross is knobbly back, named after the pronounced bumps along its back. This could be a deformity, as the skin on top of the bumps looks healthy, rather than scarred as you might expect if it was the result of ship strike. Knobbly back was sighted on our first day of fieldwork, 1 August, and we were able to get a small skin sample from it on 8 August.

As well as helping fund this research, marine conservation organisation Live Ocean has launched a whale sighting campaign around mainland NZ to help add to our knowledge about where these whales go. For more information on the research or how to report a sighting go to www.liveocean.com 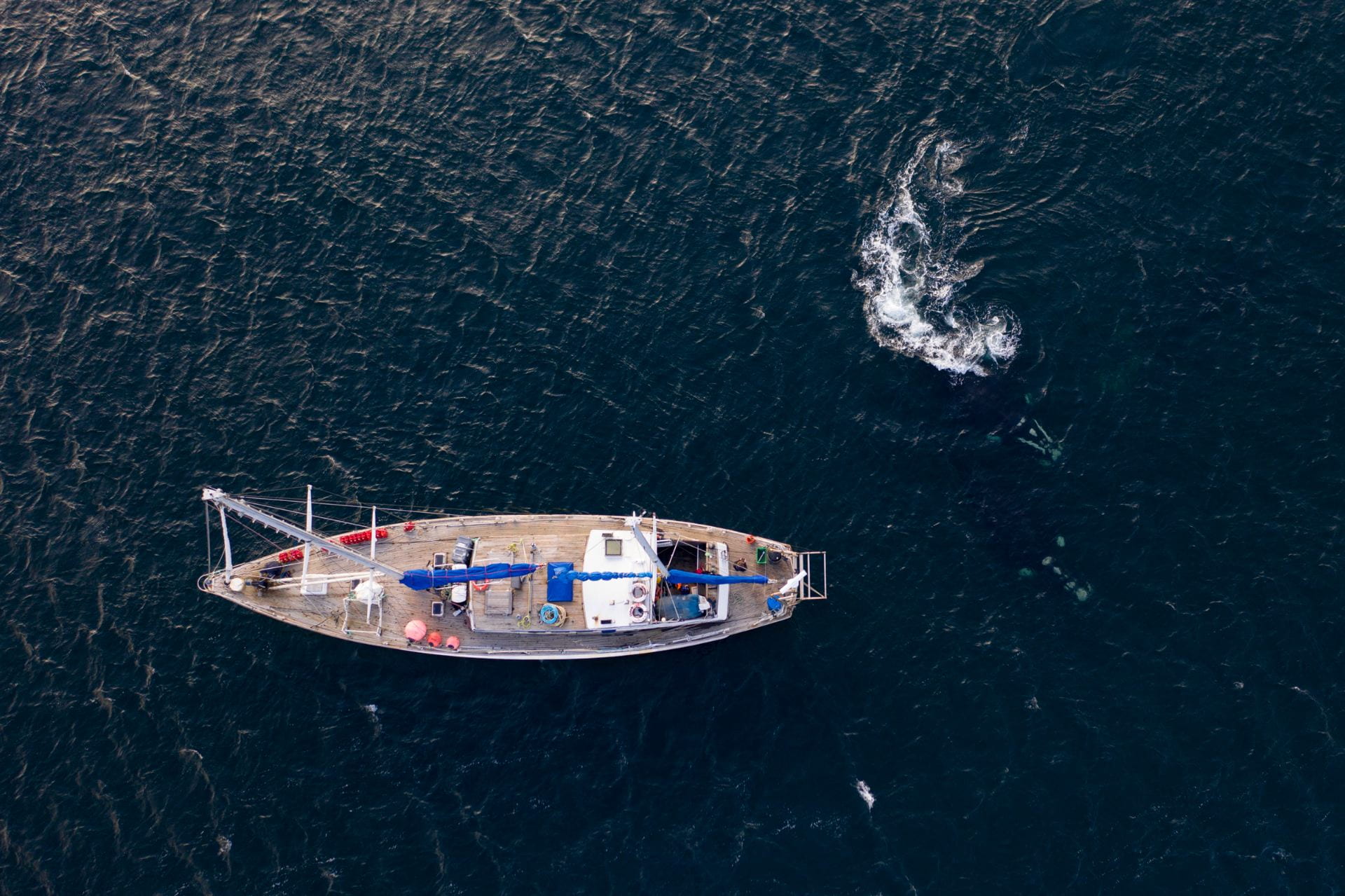 A day at the office in the Auckland Islands

Working in the subantarctic in winter has its challenges, but we are lucky to live aboard the ESV Evohe while down in the Auckland Islands. This vessel is our home, office and makeshift lab while in the field. This office doesn’t have broadband, however, so twice a day we use satellites to download emails and get the latest weather forecast.

The weather is the biggest factor in what we do. I make a rough plan – well, several plans to be honest – in the evening for what we’ll do the following day, based on the weather forecast and potential variations thereof. So far we’ve had better weather than forecast with some beautiful days. It could easily go the other way.

If the weather is good enough, our office for the day is a zippy little boat. This allows us to easily move around Port Ross and work with the whales, but unlike the other animals living down here, we don’t have fur, feathers or blubber to keep the cold out. So we need to ensure we have the right gear to stay warm and dry. Antarctica NZ have kindly lent us some snazzy bright orange mustang suits: these are basically well insulated onesies that we can put over top of thermals and fleeces and underneath a rain jacket. Personally, I have been wearing 4 layers of trousers and 5 layers of tops, as well as typically two pairs of gloves and a beanie. This clothing blubber layer is doing a good job at keeping me warm.

Getting our blubber on, credit Richie Robinson

For the past few days it’s been a bit squally, and you can see the weather coming down the harbour. In between shower and hail, we have been able to do some drone work, measuring how fat the whales are, and linking it to small skin samples that we collect using a remote biopsy system. This use of drones is one of the next steps in our work compared with 10 years ago, but it’s really linking with these small skin samples that I’m excited about. The small skin sample will tell us who they are, who they are related to using genetics; where they are feeding using microchemical markers called isotopes; and even how old they are using small changes in the DNA accents over time. I’m hoping we can see how fatness and how many babies a whale has correlates with age, feeding grounds and genetic lineages. 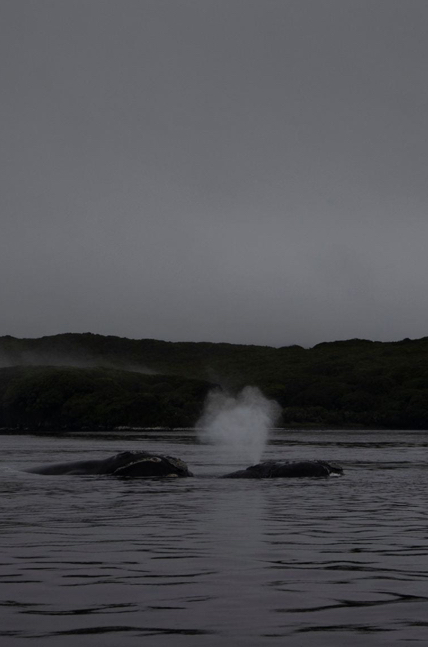 Whales in the mist: coming back to Auckland Islands

Coming to the Auckland Islands/Maukahuka is like travelling back in time as well as across the ocean. The hills are clad in rata forest, often shrouded in mist, and hoiho and New Zealand sea lions swim through the sheltered harbour of Port Ross. As someone who always wondered what Aoteroa New Zealand looked like before people arrived, it’s a joy to be somewhere that gives us a glimpse of this history.

It’s this lack of people that made it the most important winter habitat for tohorā in Aotearoa New Zealand’s waters. While people hunted and killed those whales that made mainland New Zealand their winter home, some tohorā managed to find refuge down here in the Auckland Islands. Those tohorā had babies, who then returned to the Auckland Islands to breed as well. And that’s one of the most striking things about being back here this winter, compared with last time I was here 10 years ago: there are so many mums and calves! In previous years, there was more of a balance between mums and calves and social groups/single whales. It could be due to timing: pandemic related delays mean we are here several weeks later than in previous surveys. Perhaps some of the socialising whales have already come through.

Don’t get me wrong, I’m not complaining. Lots of babies is a good sign of a growing population. And tohorā mums are wonderful and tolerant mums; they rest at the surface while their babies swim around them, slap them with little flippers, they lie on their backs while baby rests on their bellies. It is pretty adorable. These mums also invest a lot in their babies: in the first few months of life, the whales will grow a couple of centimetres per day while mum’s size shrinks by about 25%. I’m looking forward to seeing how many of the mums we see today were calves we saw in previous expeditions. The first expedition to the Auckland Islands by the University of Auckland was in 1995, and annual surveys were conducted during the winters of 1995-1998 and 2006-2009. Based on genetic samples we collected in previous expeditions and today, we’re able to see a continuation of the lineages that found refuge here from whaling.

As well as helping fund this research, marine conservation organisation Live Ocean has launched a whale sighting campaign around mainland NZ to help add to our knowledge about where these whales go. For more information on the research or how to report a sighting go to www.liveocean.com

No comments to show.